Not to be confused with SCUNA, this ‘choir’ consisting of only four members made its first appearance at the 1998 Melbourne IV in a novelty Sculling event against the official SCUNA men’s four. History does not record the outcome of the contest except to say that hilarity reigned and all present took the gibe at the unfortunate acronym of this otherwise fine university choir in good humour. The photograph here shows the founding (and only) members of ANUCS -- all then members of MonUCS -- as they appeared during the 1998 Melbourne IV. 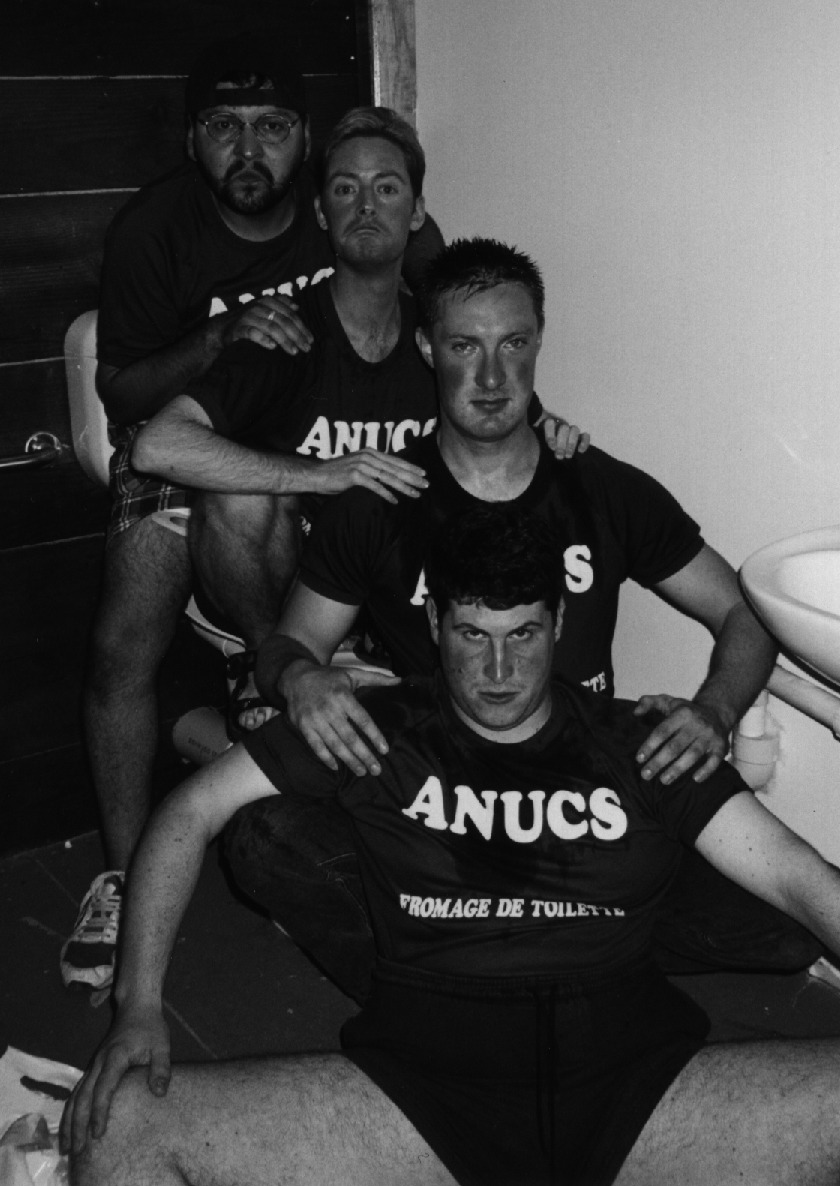